A Short History of Bahasa Indonesia 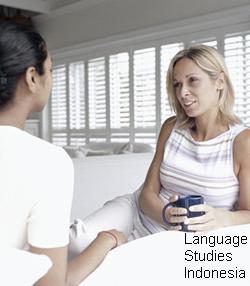 With dialect variations, Malay-Indonesian is spoken by as many as 250 million people worldwide. It is the dominant language of Indonesia and Malaysia, and is strong in Singapore, Brunei, southern Thailand and the Cocos Keeling Islands of Australia. It is also found in the Sulu area of the southern Philippines and among people of Malay descent in South Africa, Sri Lanka and elsewhere.

From the ninth to the fourteenth century, Malay was the court language of the Sumateran empire of Sriwijaya. It was also the language of the greatest of all medieval Malay states, Malacca. As a result, Malay became the native tongue of the people living on both sides of the Strait of Malacca that separates Sumatera from the Malay Peninsula.

In the succeeding centuries, the Strait of Malacca became a busy sea thoroughfare. Countless travellers and traders passed through and came into contact with the Malay language. They bore the language throughout the islands of Indonesia and, eventually, it became a widely used lingua franca. Later, Muslims and Christians helped spread the language as they used it in the propagation of their faiths. By the time Indonesia began to fall under the control of the Netherlands in the seventeenth century, Malay was so well entrenched as a lingua franca that the European rulers adapted it as a primary medium of communication between the government and the people (along with Dutch). 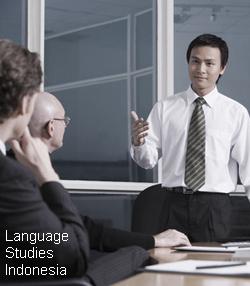 With anti-colonial sentiments running high in the early twentieth century, it was not easy to see what would define Indonesia as an independent nation. Given the diversity of cultures and native languages of the islands, it was difficult to find what Indonesians had in common. That common identity would eventually be found by developing a standardised version of Malay to unify the islands, and calling the language Bahasa Indonesia.

In 1928, with the country’s nationalist movement in full swing, the Congress of Young People drafted the famous Young People’s Vow (Sumpah Pemuda) declaring “Indonesian” the pre-eminent language of Indonesia as well as the language of national unity. In 1945, when the Indonesian nationalist movement arose to declare an independent republic, the Proclamation of Independence, the state philosophy of Pancasila and the Constitution were all uttered and framed in Bahasa Indonesia. When the Republic emerged victorious from the subsequent Revolution (1945-1949), the prestige of the language was secured and its development was unstoppable.

Today, Indonesians are overwhelmingly bilingual. In infancy, they learn the native language of their island region and, when they enter school, they learn Bahasa Indonesia – the national language and medium of instruction in educational institutions at all levels throughout the country. It is rare to meet an Indonesian who is not fluent in her or his native tongue as well as the national language - Bahasa Indonesia.

Our thanks to Desmond Breau of Language Studies Indonesia for their contribution of this article!